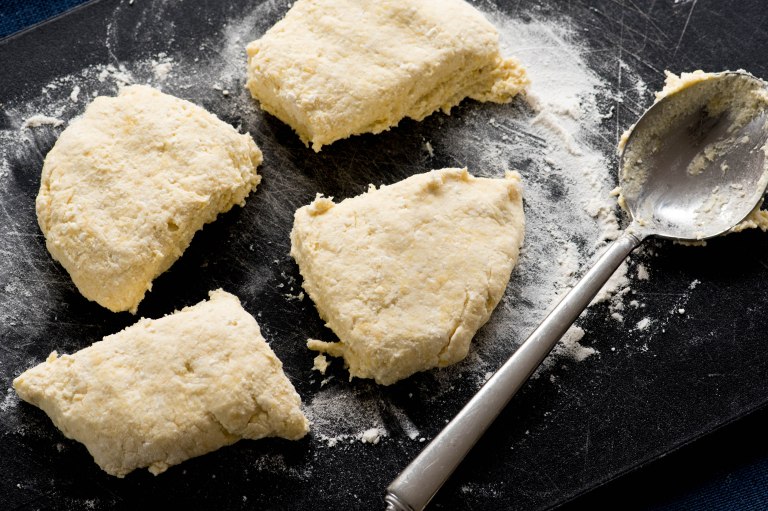 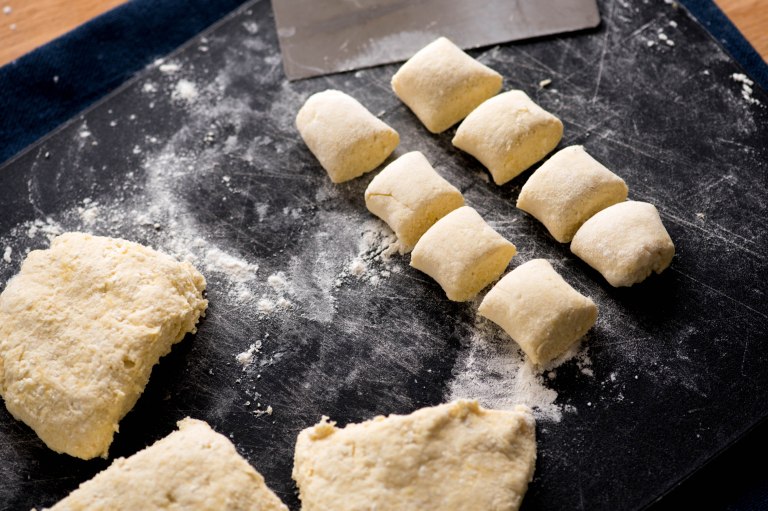 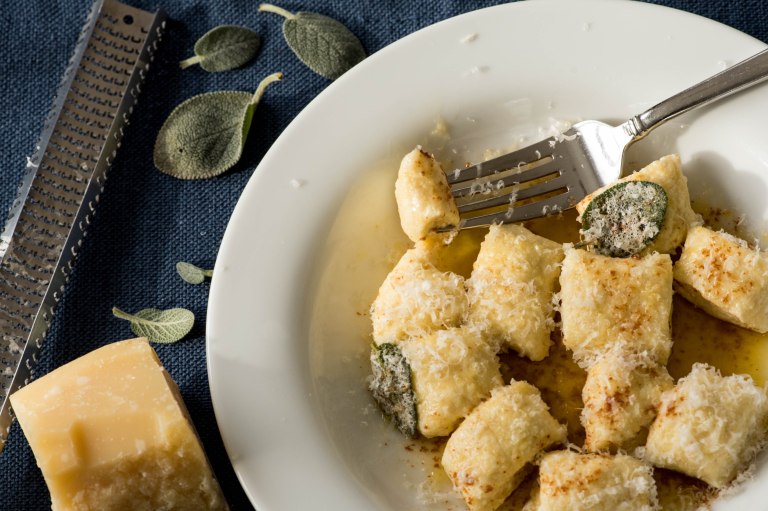 OK. Let me be clear. It wasn’t that boozy.

But when you’ve been burning the candle at both ends for the past two and half years doing nothing but working a practically full-time job and raising three young boys at home, when you have a Friday off, you’re allowed to have cocktail at noon.

This past Friday I had the pleasure of spending a luxurious midday lunch cooking with the beautiful Marith Zaccarelli (who blogs over at Lushes Food. Go check her out. She’s the bees knees.)

So we decided, since both of us had failed miserably in the past at making gnocchi, to give it a go. Luckily, we stumbled upon the Serious Eats version of ricotta gnocchi. He claimed it was “easy” and “quick” which were two words I never would have used previously, especially considering the mess I had made out of them before. (Raw, doughy, oily..it was bad. Oh, and my mother-in-law was there, too. Did I mention I was making a nice dinner for her?)

But let me tell you, he isn’t lying. It’s easy. It’s quick. It’s delicious. The hardest part for me was finding my kitchen scale. (Yes, you actually need to use it.)

Next up is making this dish for the kiddos because I *think* it will be something they may  not have a meltdown about.

NOT adapted AT ALL from the original recipe. He’s a scientist, you know. I’m not messing with that. PS- have you checked out his book, The Food Lab? Holy moly- run to the bookstore to take a look. It’s an invaluable resource.

12 ounces quality ricotta cheese, drained (see below, and/or check his post for more details and his scientific experiments with this!)

1 whole egg, plus one egg yolk

Put two paper towels on a plate and spread the ricotta on it with a rubber spatula. Place two paper towels on top and press out the water. Scrape drained ricotta into a bowl. Place the bowl on a scale and zero it out. You will need only eight ounces. Reserve the rest (for crostinis, I say!) Add an ounce of grated parmesan and four ounces of flour a tablespoon at a time. Transfer to a floured surface and form into a 4-6 inch disk. Cut into quarters and then roll each into a log about six inches long (as pictured, above.) Cut each log into 8-10 pieces and dust with semolina flour. Bring a large pot of water to a boil and salt it. Carefully drop the gnocchi into the water and boil for 2-3 minutes, or until they have been floating for about 30 seconds. This can be served with a red sauce, a browned butter and sage sauce, or anything else you can dream of that would make your family happy.